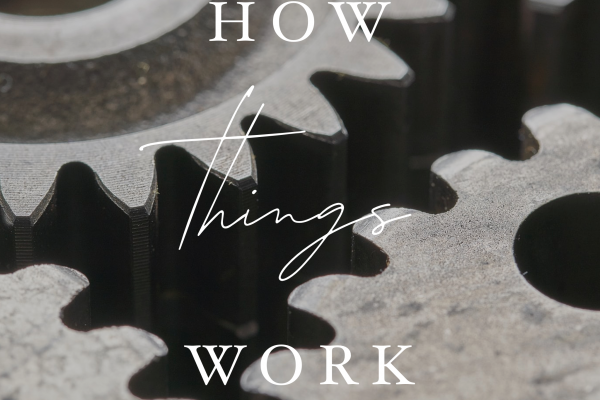 Do you remember learning about the Endocannabinoid System in Biology class?

Me either.  In fact, according to one source, only 13% of American medical schools surveyed teach endocannabinoid science.  That means there’s a lot of opportunity for most of us to learn a thing or two about the way our amazingly designed bodies function to keep us in balance with the world around us.

Let’s just take a quick look at the basics of the ECS, starting with a formal definition from Wikipedia, and then we’ll break it down:

“The endocannabinoid system (ECS) is a biological system composed of endocannabinoids, which are endogenous lipid-based retrograde neurotransmitters that bind to cannabinoid receptors (CBRs), and cannabinoid receptor proteins that are expressed throughout the vertebrate central nervous system (including the brain) and peripheral nervous system.  The endocannabinoid system remains under preliminary research, but may be involved in regulating physiological and cognitive process, including fertility, pregnancy, during pre-and postnatal development, various activity of immune system, appetite, pain-sensation, mood, and memory, and in mediating the pharmacological effects of cannabis.”

WHEW! Did you get all that?

Endocannabinoids bind to cannabinoid receptors (known as CB1 and CB2) throughout the body to help the body respond better to stimuli and promote homeostasis. This refers to the body’s response to external and internal stimuli to keep itself stable or in balance.

When your brain sends a message to your body, it releases a neurotransmitter that is relayed across synapses and neurons to reach its destination. The neurotransmitter gives the message or instruction, and also interacts with cannabinoid receptors that send feedback to the brain in the opposite direction, telling it how to respond to stimuli.

If you accidentally put your hand on a hot stove, you may experience a short delay in response to the heat. Your brain sends a signal to your hand (“What’s going on?”) and your skin quickly sends a signal back (“This is TOO HOT!”), to which your brain responds “MOVE AWAY!” Then your hand jerks back from the stove, although maybe not in time to prevent damage to the skin. Or maybe you put your hand within a short distance of a heated element to see if it is warm enough for use. Your brain is going to warn you ahead of time not to put your hand too close, because there is a learned response to the pain of a burn.

Here’s one more example: You’re in a hurry to arrive at an event on time, you’re feeling rushed, and your adrenaline is pumping as you try to gather all the missing shoes and get kids in the car.  At some point during your mad dash, you double check the time on your appointment and realize it’s half an hour later than you originally thought. You take a deep breath and relax a little with the realization that you have a little more time than you thought.  Alternatively, maybe your appointment is half an hour earlier than you thought and now you’re REALLY in a tizzy and a little more liable to overreact and do something silly or unsafe while you’re driving.  By producing more endocannabinoids, or introducing them into the body with something like cannabidiol (CBD), you may be able to affect your body’s increased adrenaline response by calming it down enough to drive, or to settle that racing feeling of being late.

This are just a very broad example of the role of the endocannabinoid system.  The job of cannabinoid is to receive information and adjust your body’s response. An underfunctioning ECS may result in a body’s inability to respond rationally to stimuli and sensory input.

Therefore, introducing a substance such as Cannabidiol (CBD) may positively impact a body’s responses to the environment and internal signals.

The human body is so fascinating, and the endocannabinoid system definitely deserves a fair look to understand the role of this important biological process and how we may be able to positively impact our response to the world around us.

The information presented is for educational purposes only and has not been evaluated by the FDA. It is not intended to diagnose, prescribe, cure, prevent, or treat any health condition and should not be used as a substitute for consulting with a professional health care provider. This information applies solely to Young Living products and should not be used in conjunction with other brands of essential oils. The opinions and views expressed do not necessarily reflect those of Young Living.